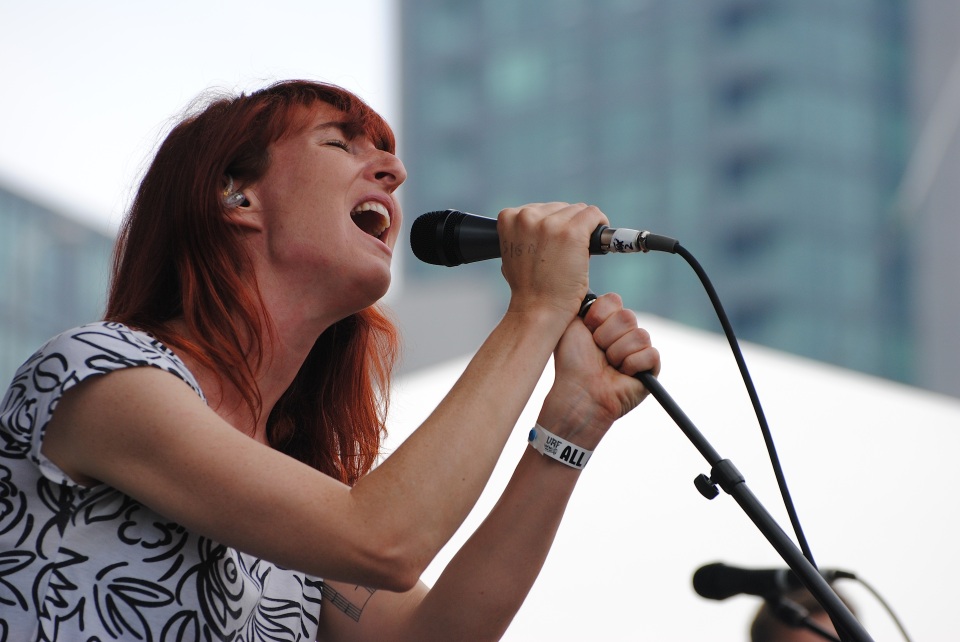 Hannah Georgas favoured music off her new album at TURF on July 6.

After releasing a self-titled record in 2012 that distanced itself from her previous acoustic work in its pursuit of a more atmospheric synthpop, singer-songwriter Hannah Georgas followed suit at TURF, sticking to her newer material, even if it meant ignoring the inaugural urban roots festival’s designation.

Not that it – like her new album, which received a nod on the longlist for this year’s Polaris Music Prize – wasn’t welcome.

With her four-piece post-Metric indie dance rock band in tow, fans got to hear Georgas perform tracks like her self-titled album’s “Robotic,” as well as her treatment of a portion of The Jesus and Mary Chain’s “Just Like Honey,” which saw her performing both Jim Reid and Karen Parker’s vocal parts (assumedly one of Georgas’ favourite songs, as she placed it at the top of a list of tracks she said she would put on a mixtape in an interview she gave Canadian Blast during this year’s South by Southwest).

Originally published by The Ontarion.