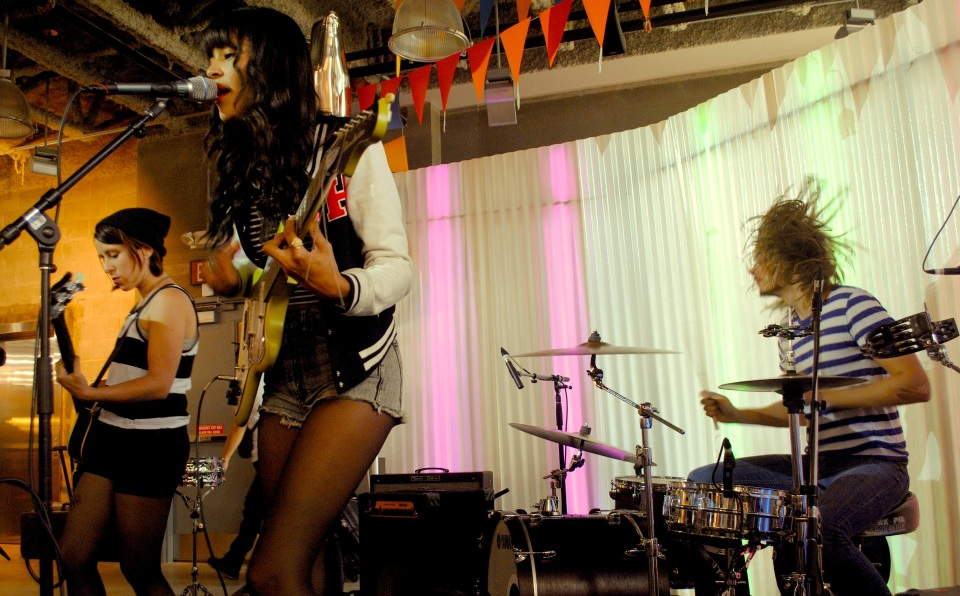 Providing songs explicitly called out by singer/guitarist Kimmy Drake as making reference to easily relatable subjects including “a boy,” “shoes,” and “going on a trip,” the set provided by Florida-based Beach Day seemed to make the most sense of all the bands featured in the consumer backdrop of yesterday’s NXNE showcase on the second floor of Urban Outfitters’s Queen Street West location. That’s not to suggest Beach Day was insincere consumer bait; fast-paced, bass-driven surf pop just sort of works amid the colourful backdrop of a retail environment pushing a fresh summer line of clothing and accessories, and no less in the middle of the afternoon.

It did make it kind of difficult to imagine that listening to their sun-soaked soundscapes at an 11 p.m. watering hole show (which they’ll do tonight at the Handlebar) would be better, though.